I’m leaving work, passing elegant Georgian houses-turned-offices, cutting through leafy squares full of exhausted suits, smiling when I run into someone with a friendly dog that doesn’t care that it’s London and talking to strangers just isn’t the done thing.

There’s something about that time of the day: the shackles are off; you’re beginning to wind down; rules are a little less rigid than usual.

And that’s when the conversation starts.

Under the hashtag #FeminismInYA, a group of readers – mostly young women in their twenties, although that’s not to ignore the increasing presence of older and male voices – tweet into the thread to discuss issues of intersectionality, sexuality, equality and gender in young adult fiction. It’s a fascinating conversation, led by Mariam (@iammariam), often accompanied by a guest author, and dealing with a vast array of topics from female friendships to rape culture.

These are hard topics. In some circles, taboo topics.

Discussing authors who deal with issues we barely acknowledge in the most sensationalist of newsreels, novels that challenge our squeamishness when it comes to particular concerns, and relating it all back to current affairs and the media, #FeminismInYA is always interesting. Opinions are often similar – we’re largely likeminded readers – but approaches & voices are diverse.

Yet despite the group almost unanimously agreeing that ‘no topic should be off limits to teenagers‘, one question always comes up that, in my opinion, never has a satisfying answer:

Should authors be doing more to promote awareness of yyy issue?

Whether or not writers should feel obligated to deal with difficult issues – social, political, cultural, personal – falls onto problematic lines. Demanding writers represent certain relationships, opinions, or characters in their writing, feels even more precarious.

After all, to keep in the context of #FeminismInYA (though I’m not for a second suggesting this is what they’d want from their books), whilst it would be great to see a book about super supportive female friendships where the diverse cast of leading ladies all self-love and roll their eyes at any would-be-stalker-romances and instead embrace their strong-but-emotional femininity, the fact is this isn’t exactly realistic. Ideal, maybe, but only half of a story. Utopic, possibly, but perhaps too distant from the everyday.

Plus, does a writer have any obligation to deal with anything controversial at all? It’s arguable that more often than not, critically acclaimed novels do address hard issues – A Brief History of Seven Killings by Marlon James won the Man Booker 2015 and American Award 2015; Asking For It by Louise ONeill has topped every YA book list I can think of; some of the most lauded authors in history from Salinger and Conrad to Asimov and Burgess have dealt with social inequality, prejudice and violence. But that doesn’t mean there’s not time and place for less evocative subjects or stories where tricky issues remain secondary (or even tertiary) to the main plot.

I asked some of my book friends their thoughts:

So #amwriting scribblers, do writers have an obligation to deal with taboo/hard topics? ie mental health, rape etc?

From my highly scientific poll of 32 people, over half believe authors do not have an obligation to deal with taboo or hard topics.

However, even though 13 per cent think it’s an obligation in ‘soft’ instances and a minimal number of voters said ‘not at all’, over one in five voted that authors absolutely must consider taboo subjects in their writing.

What does this tell us?

Well I suspect it comes down to this:

Taboos fascinate many writers and artists.

Books are terrific tools for challenging such taboos. They encourage engagement with topics that may otherwise feel distant or alienated. A reading mind is a feeding mind, a growing one. By presenting alternate realities, or at least situations, a reader is more likely to be able to think outside their own box. The story acts as a thought experiment, a positing of problems and a suggestion of how to address them.

Speculative fiction is particularly good at this, as are historical and crime novels. Taboos tend to represent everything Other in our stories – alien, profane, grotesque facets to human nature and human society. Flicking through the history of literature, we can see how these fed into uncanny tropes and figures: our monsters, myths, supernatural entities, dystopian visions.

The popularity of books dealing with what is socially subversive is therefore connected to our desire for people to stand up and address our fears, to give bodies to them, to explain them so we can understand them.

In my own writing experience, responses to my attempts to look at controversial topics has been varied.

I’ve been told not to comment on certain experiences and problems important to me. My silence has been encouraged when my nearest and dearest think an online piece could come back to haunt me later. Yet in my fiction, the fact that I’ve a diverse cast of characters and try to deal with issues key to those characters has been essential to my personal goals.

All you have to do is glance at the response published authors get to their books on Twitter or Goodreads to see that this comes with problems.

By definition, taboos are things we don’t talk about. I understand why people would be uncomfortable reading my writing and why other writers might likewise be intimidated by the thought of trying.

Writing about prohibited subjects comes with risks – not just because there might be a backlash, but also because if the writer is ill-informed or prejudiced in their own way then it could do more harm than good.

Thing is, as a writer, if you care about what you’re writing about then you’re going to want to know your stuff. You’re possibly more informed than the average person – inspiration came from somewhere right? – but the least you can do is do your homework on the legacy of the taboo and its language.

This is why I think it’s not about saying authors have a duty to deal with the difficult.

But perhaps that they have a responsibility in how they write.

But the more I discuss feminism, mental health, diversity – the more I believe being informed about a subject should be a must. As should awareness of the group represented in their work. Unless you are writing as a completely ignorant narrator, doing your research so you know what you’re talking about is integral.

On paper, “the shackles are off; you’re able to wind down; rules are a little less rigid than usual”.

Nonetheless words are weapons to be wielded with deliberate care. Going in uninformed might end up with you taking a pokemon card to a UFC fight.

Junot Diaz said, “when people fight you to shut you up about a topic like race – and sexism, it mean that you have stumbled upon the cultural silence that must be patrolled in order to maintain hegemony.”

There’s absolutely a space where voices can intrude, strip back the façade and expose otherwise invisible struggles.

Why explore the taboo? Because you have seen what cannot be unseen. Because it is dangerous to be silent. Because the right story can turn cultural silence into a vibrant, vocal movement.

We may not all end up as sassy feminist superwriters but we can challenge the boundaries that matter to us with a little education, conversation and daring. 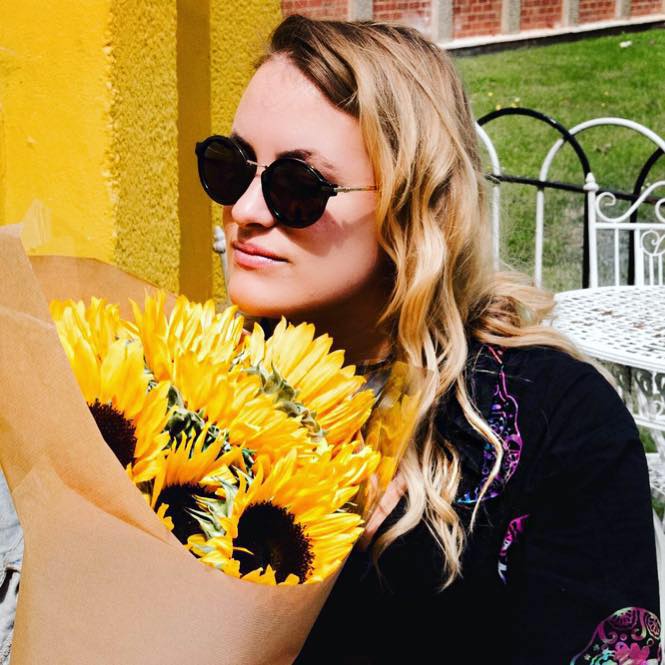