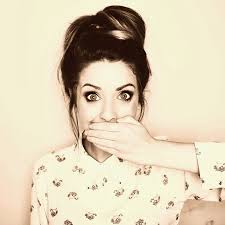 Thought Leadership in the Age of Collectivity

Not that long ago I wrote about collective mourning, about how grief had changed because of the way that we use social media. But it’s not just our emotions that are shared.

Collectivity and collaboration have fast become the default mode of the 21st century.

Online social media has exploded and now more than ever, our personal and business success is dependent on the way that we work with the larger world around us: from people, to brands, to corporations.

We talk in terms of influencers and thought-leaders: the power of an individual voice discussing ideas with their audience. Establishing a person or business as one of these leaders is dependent upon their appeal and relevance within the larger whole, in inaugurating them into the collective voice and then making them stand out.

Should this guy be a thought-leader? Doesn’t matter, cos he totally is.

It can be tricky. Yet one of the least expensive and most effective ways to create a platform is to become part of the shared world of multichannel media. Tweeting, blogging, having a Facebook page – this programmes the self into the digital landscape. Plugging in, the virtually extended reach of a social media can be a dynamic tool in the would-be thought-leader’s arsenal.

This might seem strange, after all back in the beginning of blogs, around the early 1990s, they were just ‘web logs’: easy-to-add-to, often journal-like, sometimes inspired but often rambling, online diaries.

Now there are tech blogs, sex blogs, philosophy blogs, blogs about dogs, blogs about cats, blogs aboutdogs sitting on cats, and, of course, blogs like this one which offer a mix of business advice and current affairs analysis. Interestingly, as Andrew Sullivan discussed, ‘poised between media and blogs can be as nuanced and well-sourced as traditional journalism, but they have the immediacy of talk radio … blogging is changing the media world’. More than that, it is changing the world in general. Despite being online, they have power and prominence that increasingly impacts the ‘real’, offline world.

The Huffington Post, of course, is the prime example. The Guardian put it perfectly when they said that ‘the history of political blogging might be usefully divided into pre- and post-Huffington’. The Huffington Post turned an underdog hobby into a lucrative market space. Now, some bloggers are far more powerful than journalists. Some blogs offer the widest and most influential marketing tool available, if you just know how to tap into it.

They can drive traffic, generate sales, create additional content, and instigate new conversations. Informal, often colloquial, they’re a relaxed way of engaging an audience without spending thousands on a platform. It takes time and dedication but once the ball is rolling, it’s out there

For example, on Wednesday, I’ve been invited to a bloggers event hosted by Bloomsbury. It’s a Christmas Special event with James Runcie, whom many will now know because of his bromantic, 1950s Grantchester Mysteries, the first of which was recently dramatized for ITV. Whether you agree or disagree with the plaudits calling the television adaptation ‘the new Morse’ or the criticisms that it was ‘undemanding’, there is no doubt that overall the six-part adaptation of James Runcie’s Sidney Chambers and the Shadow of Death was successful. So I wondered – why invite bloggers, everyday people using social media, to this kind of event.

Would you like to win this @GrantchesterUK bundle? Join us at 1pm today for our final giveaway! #Grantchester pic.twitter.com/Vog03oVrO4

It’s to keep the conversation rolling whilst the professionals, ie. the journalists and critics, lose interest in the off season. Plus, the conversations of the big, relevant bloggers means the series, in print and on screen, will reach a bigger, more relevant audience. This works particularly well because bloggers use social media accounts in addition to their blogs– so content travels far and fast.

Beyond the bloggerati, there are the vloggerati. One sponsored three minute video or single tweet from the Digifest Generation of video bloggers can reach millions in moments; having just one of them at James Runcie’s event could reignite the conversation, attract more readers or viewers, sell thousands more copies.

Video bloggers, like their wordy counterparts, have become thought-leaders, influencers and trend-makers. Ranging from ‘vloggers’ like CharlieIsSoCoolLike, who rose to fame after vlogging ‘How to be English’, to the effervescent Jenna Marbles or the prominent beauty and fashion vlogger, Zoella, AKA Zoe Sugg – the fact is that they have become sensations on and offline.

Jenna Marbles, making the internet fun because she can

Every one of these ‘professional internet humans’ has an invaluable stake in the media.

Unlike bloggers, often hidden behind their words, the vloggers appear closer to their audience. They speak to them, answer their comments in their videos, offer direct advice, engage and befriend them, albeit through a camera. Many recognise these fresh voices as key to reaching younger audiences, for commercial advertising but also as a replacement to broadcast and print media.

Both do engage though, and this is crucial, because they are directly appealing to the communal internet, putting themselves in the public eye and asking for feedback, even criticism. They generate an audience. Good ones then reply and engage with that audience; the one-way street of publication becomes a multichannel conversation.

Admittedly, vlogging and blogging have pros and cons, and they are not for everyone, not even for businesses striving to be thought-leaders.

However, in today’s shared, social, collective sphere, online media is an indubitable force. They are an intrinsic part of contemporary society.

My point is not to convince anyone to become a blogger or a vlogger. My point is this: brands and businesses, individuals and extended networks: no one can afford to ignore the pull and drive of the digital world. If you want to be a thought-leader, you need to embrace all sides of the media to engage your audience.

At the very worst, blogs and vlogs are narcissistic echo-chambers of the online world. But they have revolutionized the way

that the media works. Blogs can be the equivalent of a column in a national paper. Vlogs can be a TedXtalk or a segment of primetime tv. They reach across the globe and enable collective and remote collaboration, thrive because they, as so eloquently put by Ernesto Priego, embody the ‘power of we’.

And if you want to be a thought-leader, that is one of the most powerful forces in this strange, new, digital world.