Feel So Millennial Like You
3 Things About Millennials & Their Money 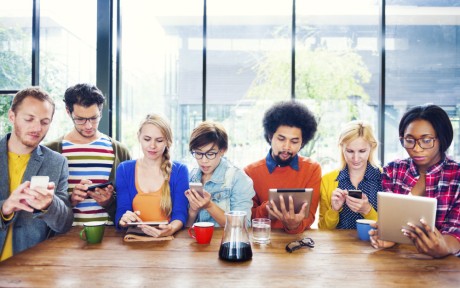 Millennials are the first Digital Generation: born when the walls came down and the webs went up.

Confident, self-expressive, liberal, receptive to new ideas and ways of living: these are some of the descriptions the Pew Research Centre in America applies to the generational personality of the millennial.

Something they probably ought to add is our tenacity when it comes to technology. We are digital natives, techno-literates. Our dependency on mobile gadgetry, wearables, social media and the Internet make the millennial generation one of the most comfortable with innovation.

And suddenly… we’re all becoming adults.

Adults with loans. And obligations. And jobs. And social lives that sort of kinda have to come second to work even though we really really really don’t want them to. Suddenly staying in with your best mates and having a movie marathon sounds better than going out for the third night in a row. We grew up. And we’re totally ready for it… right? 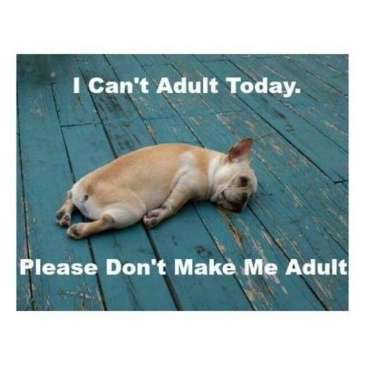 Well according to FICO, we are at least figuring out the Big Question Of Independent Living : Money.

This means things like salaries and tax, and council tax, and more taxes, and budgeting for a work wardrobe, and rent (or mortgages if you’re super lucky).

As a generation, we are skeptical of traditional banking institutions. We grew up in the wake of the financial crash, the oldest experiencing the pains of joblessness in a hostile economy and the youngest witnessing the rise of the anti-bank narrative. However, we  do know what we want to do with our money. We also know who we want and how we want it. Our contemporaries have even started making it happen: young entrepreneurs appealing to the relationship millennials have with their money.

Not another banking schpeel, PLEASE

What does this mean? It might look like our scepticism has grown into explorative new territories from online payment options like Paypal, to money transfer companies like Xendpay and peer-to-peer lending options like Zopa. In actuality, it’s because we like things socially integrated, streamlined, easy-to-use. There’s a reason the mantra of so many fintech companies is ‘fast, simple, safe.’ It’s because that’s all we really want.

It’s also why we’re so open to mobile wallets. 32% of us say we’re likely to use Apple Pay or a Google Wallet in 2015 compared to only 16% of the older generation. We like things easy and simple.

According to Business Insider, our most common digital banking activities include checking balances on accounts (80%), checking for fraudulent activity (76%), and performing internal transfers of funds (65%) – which is significantly higher on all counts than our Baby Boomer parents.

Plus, we like our alerts and notifications. We value minimally invasive information coming from our banks and alternative financial platforms. Especially when this is related to overdraft warnings and potential fraudulent activity. Just the other day, a friend’s card was blocked and she received a message about possible fraud. Why was she buying sushi in London, but also trying to take out hundreds of pounds in the Philippines?

That said, it might seem anomalous, but 30% of us don’t want to download a banking app. It’s all connected to the way we like to communicate and be communicated with.

Do it right, however, and we’ll be open to sales messages too. If they’re targeted based on our individual financial situation. And aren’t too frequent.

The more banks ignore our needs, the less we want to use them

43% of Millennials Don’t Receive Communication Via Their Preferred Channel

It might be email, text, a mobile app or the bank website, but not all of us want the same thing and most of the time we really don’t like it when we’re bombarded on all fronts. So if banks want to keep us happy: communicate with us using the right channel.

Personally, I’d rather I was called immediately about fraud and texted only if I wasn’t picking up. But if you’re trying to push a new credit card on me, send it to my email so I can deal with the sales pitch when I have time.

FICO’s research shows that the trick is in determining each person’s preferences and matching their interactions with different kinds of communications. Successfully figuring out that what Lauren in Edinburgh wants is different to what I want, which is different to my brother’s wants or any other millennial, and putting it into practice – well that’s the piggybank we want.

It’s also what enterprising finance apps like Slice, Money Dashboard, and other growing fintech companies are using to keep on the front foot.

Right now, most millennials still use banks. Banks are still a thing. But the canny millennial is probably still out looking for the app that will help them more. We’re FOMOs with our money – wanting the best deal so that we can make our dreams a reality.

We want the option that understands us. Understands the reason that first generation internet humans are the big name bloggers and vloggers we know and love. Why Taylor Swift is an icon. Why we spend money on the things we do.

Basically, we want an Internet of Banks… one that’ll integrate, innovate, communicate.

So with that in mind … it’s time for the banks to catch up with the millennials. Because we’re adults now.

The more you inject #marketing into a social environment, the less #millennials will respond positvely to your brand. pic.twitter.com/XxwQiQ80di

Originally Posted @PHAMedia : Millennials Like Me, with a bit more about what BANKs can do to help themselves : COMMUNICATE.